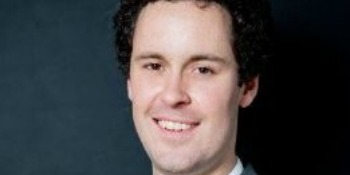 Chris Gow is Director, EU Public Policy for Cisco’s Government Affairs team, responsible for engagements with the EU institutions in Brussels.  He is the global lead on privacy policy and within Europe on security. He joined Cisco in early 2008 and beyond privacy and security, plays an active role on spectrum, cloud and IoT policy.  Chris is a Member of the Executive Board of DIGITAL EUROPE and the Chair of DIGITAL EUROPE’s Privacy and Security Group. DIGITAL EUROPE is the main European industry association for tech manufacturers in Brussels.

Prior to Cisco, he was responsible for campaign strategies and digital economy policy work at EICTA (now DIGITAL EUROPE).  He has been in Brussels since 2003, initially as an Assistant to a Member of the European Parliament, working on internal market and legal affairs issues.

All session by Chris Gow

Looking Ahead to the Next Generation of Industry Assurance