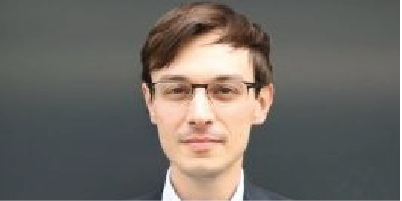 Pierre-Jean Verrando is Director of Eurosmart. Graduated from Sciences Po Bordeaux with a master’s degree in European law, Pierre-Jean joined in 2009 the European Ecosystem as an EU policy advisor for different public and private entities.
From 2009 to 2016, he worked as a collaborator in the European Parliament, where he has been, amongst others, coordinating the activities of an intergroup tackling the European social and economic integration (“the Spinelli group”). He has collaborated with senior figures of the European ecosystem such as Guy Verhofstardt, Sylvie Goulard, Daniel Cohn-Bendit, Andrew Duff and Isabelle Durant.
Since 2016, Pierre-Jean Verrando has been Director of Eurosmart. He has been actively contributing to the debate on the Cybersecurity Act by facilitating dialogue between private stakeholders, ENISA, European Commission’s representatives and MEPs.
Pierre-Jean manages the advocacy activities of Eurosmart; as such, he has developed strong roots in the European digital ecosystem and good relationships with ENISA, DG Connect, DG Grow, relevant MEPs and staff. More recently, he has been working closely with ANSSI and DG Connect to define future governance models enabling stakeholder’s contribution to the maintenance of the EU CC Scheme.

All sessions by Pierre-Jean Verrando

Interplay of the CRA with Cybersecurity Certification Requirements Enacted in Other Vertical Legislation (NIS, CSA,…) (B12b)